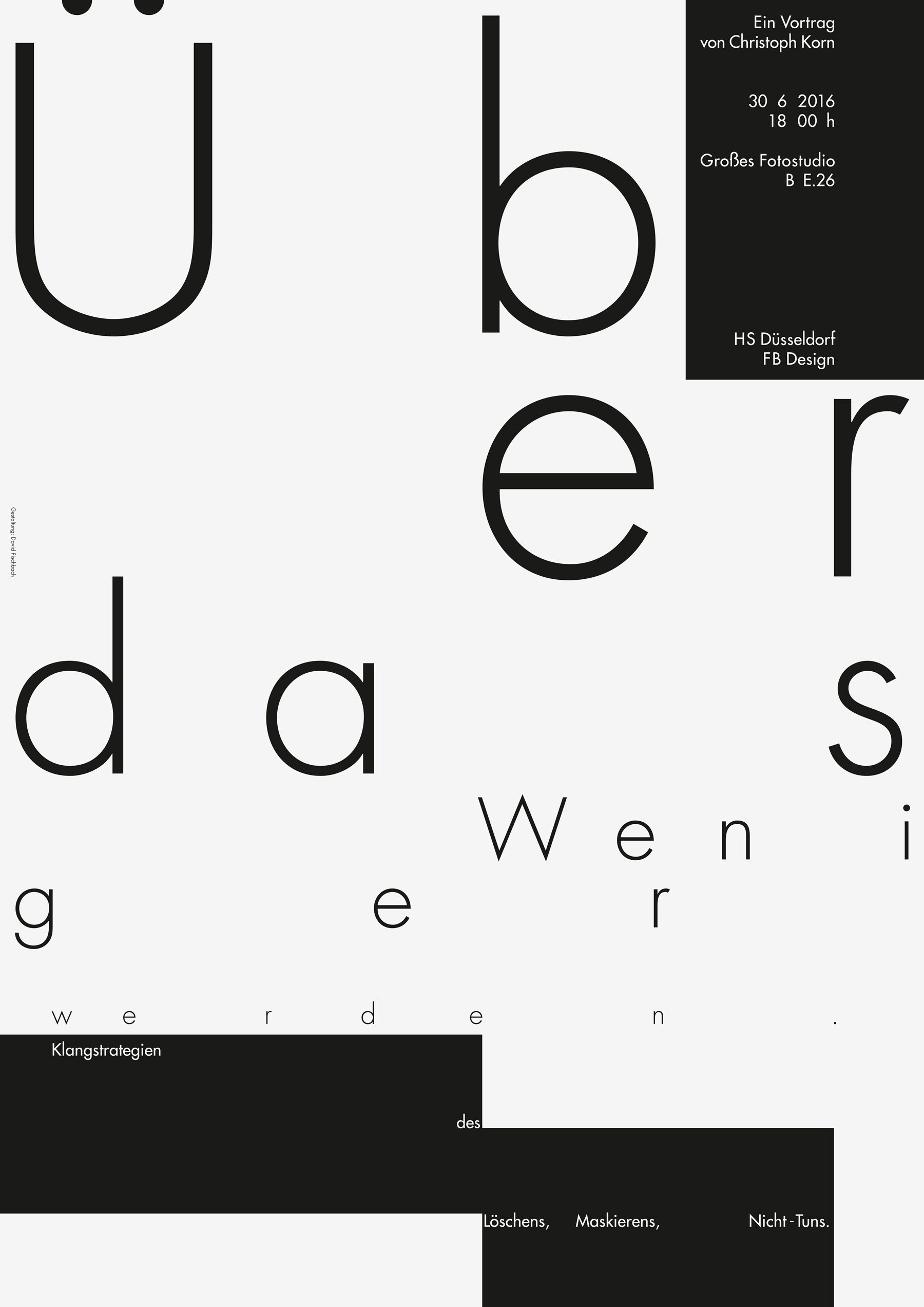 With the tremendous increase in positive knowledge in the precise world, the accumulation, systemization and analysis of immense amounts of data, as well as the increasingly tight surrounding with objects in a more and more fast moving time, processes of becoming less or also of doing nothing are hardly in use any more. However, art has always tried to explore and to make possible other experiences (of time) as well.

Christoph Korn’s presentation elucidates some aspects of the non-intentional, stillness and doing nothing, with John Cages’ famous composition 4′33″ as the point of departure. In a second part, Christoph Korn demonstrates, through his own artistic work, sound strategies of becoming less, erasing and masking. So we listen to a live generated process of erasing, among other things, that will gradually take the spoken word out of time and pass it into an initially empty and uncertain time-span.

Christoph Korn is an audio- and media artist. He studied philosophy and political science at the Johann Wolfgang von Goethe University in Frankfurt/Main.